Reading Žižek – Where to Start?

The Pervert's Guide to Slavoj Žižek 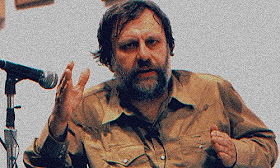 His work is located at the intersection of a range of subjects, including continental philosophy, political theory, cultural studies, psychoanalysis, film criticism, and theology.

Born in Slovenia and educated in Ljubljana and later Paris, Žižek in 1989 published his first English text, The Sublime Object of Ideology, in which he departed from traditional Marxist theory to develop a materialist conception of ideology that drew heavily on Lacanian psychoanalysis and Hegelian idealism. His early theoretical work became increasingly eclectic and political in the 1990s, dealing frequently in the critical analysis of disparate forms of popular culture and making him a popular figure of the academic left.

A critic of capitalism, neoliberalism and political correctness, Žižek identifies as a political radical, and his work has been characterized as challenging orthodoxies of both the political right and the left-liberal academy. His body of writing spans dense theoretical polemics, academic tomes, and accessible introductory books; in addition, he has taken part in various film projects, including two documentary collaborations with director Sophie Fiennes, The Pervert's Guide to Cinema (2006) and The Pervert's Guide to Ideology (2012).

Tony Myers provides a clear and engaging guide to Zizek's key ideas, explaining the main influences on Zizek's thought (most crucially his engagement with Lacanian psychoanalysis) using examples drawn from popular culture and everyday life. Myers outlines the key issues that Zizek's work has tackled, including: * What is a Subject and why is it so important? * The Imaginary, the Symbolic and the Real * What is so terrible about Postmodernity? * How can we distinguish reality from ideology? * What is the relationship between men and women? * Why is Racism always a fantasy?

In this book, Slavoj Žižek and Glyn Daly engage in a series of entertaining conversations which illustrate the originality of Žižek’s thinking on psychoanalysis, philosophy, multiculturalism, popular/cyber culture, totalitarianism, ethics and politics.

The good news is that this book offers an entertaining but enlightening compilation of Zizekisms. Unlike any other book by Slavoj Zizek, this compact arrangement of jokes culled from his writings provides an index to certain philosophical, political, and sexual themes that preoccupy him. Zizek's Jokes contains the set-ups and punch lines-as well as the offenses and insults-that Zizek is famous for, all in less than 200 pages.

So what's the bad news? There is no bad news.

- brings together leading Zizek commentators from across the world to present a companion and guide to Zizekian thought. Each of the 60 short essays examines a key term and, crucially, explores its development across Zizek's work and how it fits in with other concepts and concerns. The dictionary will prove invaluable both to readers coming to Zizek for the first time and to those already embarked on the Zizekian journey.

Argues that the subversive core of the Christian legacy forms the foundation of a politics of universal emancipation.

The relations between fantasy and ideology, and the deluge of digital phantasms surrounding us.

Exploring the ideologies fantasies of wholeness and exclusion which make up human society.

A specter is haunting Western thought, the specter of the Cartesian subject.

Undermining the liberal-democratic consensus that enables the designation of totalitarianism.

Less Than Nothing: Hegel and the Shadow of Dialectical Materialism

a 1,000 page examination of the German idealist G.W.F. Hegel, remains the most exhaustive thing Žižek has ever written.

In Less Than Nothing, the product of a career-long focus on the part of its author, Slavoj Žižek argues it is imperative we not simply return to Hegel but that we repeat and exceed his triumphs, overcoming his limitations by being even more Hegelian than the master himself. Such an approach not only enables Žižek to diagnose our present condition, but also to engage in a critical dialogue with the key strands of contemporary thought—Heidegger, Badiou, speculative realism, quantum physics, and cognitive sciences. Modernity will begin and end with Hegel.


>> Zizek's favourite books on Hegel - Stop the Owl of Minerva! 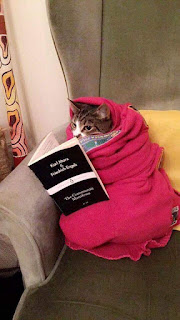 📕  2019 ‘The Relevance of the Communist Manifesto’ by Slavoj Žižek - https://bit.ly/2F5T9kl - free delivery worldwide
No other Marxist text has come close to achieving the fame and influence of The Communist Manifesto. Translated into over 100 languages, this clarion call to the workers of the world radically shaped the events of the twentieth century. But what relevance does it have for us today?
In this slim book Slavoj Žižek argues that, while exploitation no longer occurs the way Marx described it, it has by no means disappeared; on the contrary, the profit once generated through the exploitation of workers has been transformed into rent appropriated through the privatization of the ‘general intellect’. Entrepreneurs like Bill Gates and Mark Zuckerberg have become extremely wealthy not because they are exploiting their workers but because they are appropriating the rent for allowing millions of people to participate in the new form of the ‘general intellect’ that they own and control. But, even if Marx’s analysis can no longer be applied to our contemporary world of global capitalism without significant revision, the fundamental problem with which he was concerned, the problem of the commons in all its dimensions – the commons of nature, the cultural commons, and the commons as the universal space of humanity from which no one should be excluded – remains as relevant as ever.

This timely reflection on the enduring relevance of The Communist Manifesto will be of great value to everyone interested in the key questions of radical politics today.


In recent years, techno-scientific progress has started to utterly transform our world - changing it almost beyond recognition. In this extraordinary new book, renowned philosopher Slavoj Zizek turns to look at the brave new world of Big Tech, revealing how, with each new wave of innovation, we find ourselves moving closer and closer to a bizarrely literal realisation of Marx's prediction that 'all that is solid melts into air.' With the automation of work, the virtualisation of money, the dissipation of class communities and the rise of immaterial, intellectual labour, the global capitalist edifice is beginning to crumble, more quickly than ever before-and it is now on the verge of vanishing entirely.

Marx's critique of political economy is vital for understanding the crisis of contemporary capitalism. Yet the nature of its relevance and some of its key tenets remain poorly understood. This bold intervention brings together the work of leading Marx scholars Slavoj Žižek, Frank Ruda and Agon Hamza, to offer a fresh, radical reinterpretation of Marxism that explains the failures of neoliberalism and lays the foundations for a new emancipatory politics. 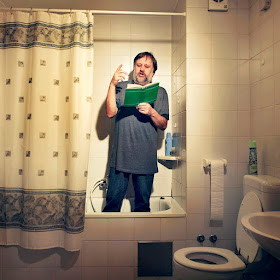 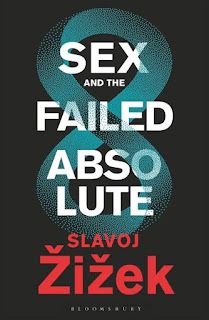 Sex and the Failed Absolute (19-09-2019)
Sex and the Failed Absolute provides nothing short of a new definition of dialectical materialism. Radical new readings of Kant and Hegel sit side by side with lively commentaries on film, politics and culture. And in forging this new materialism, Žižek doesn't shy away from taking on and analysising important recent philosophies such as the work of Alain Badiou, Robert Brandom, Quentin Meillassoux and everything from popular scientist and quantum mechanics to sexual difference and analytic philosophy.

This is Slavoj Žižek at his interrogative and energising best and represents his most rigorous articulation to date of his philosophical system. 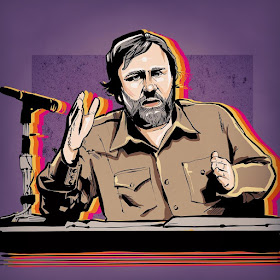 We are regularly updating our quotes, videos and events sections with the latest Zizek’s news, lectures and wisdoms: 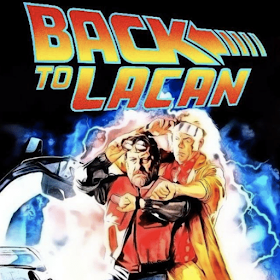 So what and how to read? Écrits or seminars? The only proper answer is a variation on the old “tea or coffee” joke: yes, please! One should read both. If you go directly to the Écrits, you will not get anything, so you should start – but not stop – with seminars, since, if you read only seminars, you will also not get it. The impression that the seminars are clearer and more transparent than the Écrits is deeply misleading: they often oscillate, experiment with different approaches. The proper way is to read a seminar and then go on to read the corresponding écrit to “get the point” of the seminar. We are dealing here with a temporality of Nachtraeglichkeit (clumsily translated as “deferred action”) which is proper to the analytic treatment itself: the Écrits are clear, they provide precise formulas, but we can only understand them after reading seminars which provide their background. Two outstanding cases are the Seminar VII on The Ethics of Psychoanalysis and the corresponding écrit “Kant avec Sade,” as well as the Seminar XI on The Four Fundamental Concepts of Psycho-Analysis and “The Position of the Unconscious.” Also significant is Lacan’s opening essay in Écrits, “The Seminar on The Purloined Letter.” 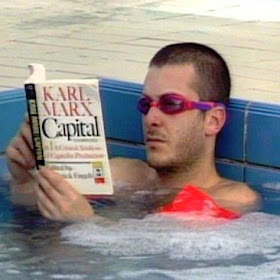 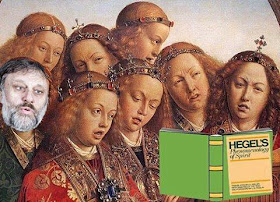 Therein resides the true stake of psychoanalytic treatment: it is not enough to convince the patient about the unconscious truth of his symptoms; the unconscious itself must be brought to assume this truth. The same holds true for the Marxian theory of commodity fetishism: we can imagine a bourgeois subject attending a Marxism course where he is taught about commodity fetishism. After the course, he comes back to his teacher, complaining that he is still the victim of commodity fetishism. The teacher tells him “But you know now how things stand, that commodities are only expressions of social relations, that there is nothing magic about them!” to which the pupil replies: “Of course I know all that, but the commodities I am dealing with seem not to know it!” This is what Lacan aimed at in his claim that the true formula of materialism is not “God doesn’t exist,” but “God is unconscious.

from Zizek's Jokes: (Did You Hear the One About Hegel and Negation?)